Latest and past version(s) of the official Data Dictionary and Technical Specifications.

Find replies to commonly asked questions on the track & trace regime.
Note: any specific technical questions should be submitted through the Service Portal

The UK Tobacco Products (Traceability and Security Features) Regulations require the tracking and tracing of tobacco products manufactured in or imported into the United Kingdom (UK), from manufacturer/importer to distributor to point of sale.

The digital UK Track & Trace system established by Dentsu will enable the movement of legal tobacco products to be monitored (tracking) and allow the UK authorities to detect and fight the different forms of illicit trade. In doing so, the system forms an important pillar of the UK’s anti-illicit trade strategy as it enables HMRC to further reduce the circulation of non-compliant tobacco products which have not had the correct duty paid and do not meet all legal requirements in terms of content and packaging. Reducing the circulation of non-compliant tobacco products will also protect public health and support legitimate businesses operating in the UK.

The Track & Trace system that Dentsu has been contracted to establish will be implemented in accordance with the UK Tobacco Products Regulations. The system also enables the UK to comply with the WHO FCTC Illicit Trade Protocol (notably Article 8).

The design and development of the new UK system, up to its final implementation and operation, will go through different project stages. The table below outlines key milestones that Dentsu Tracking implements over coming weeks and months as part of the system mobilisation phase. 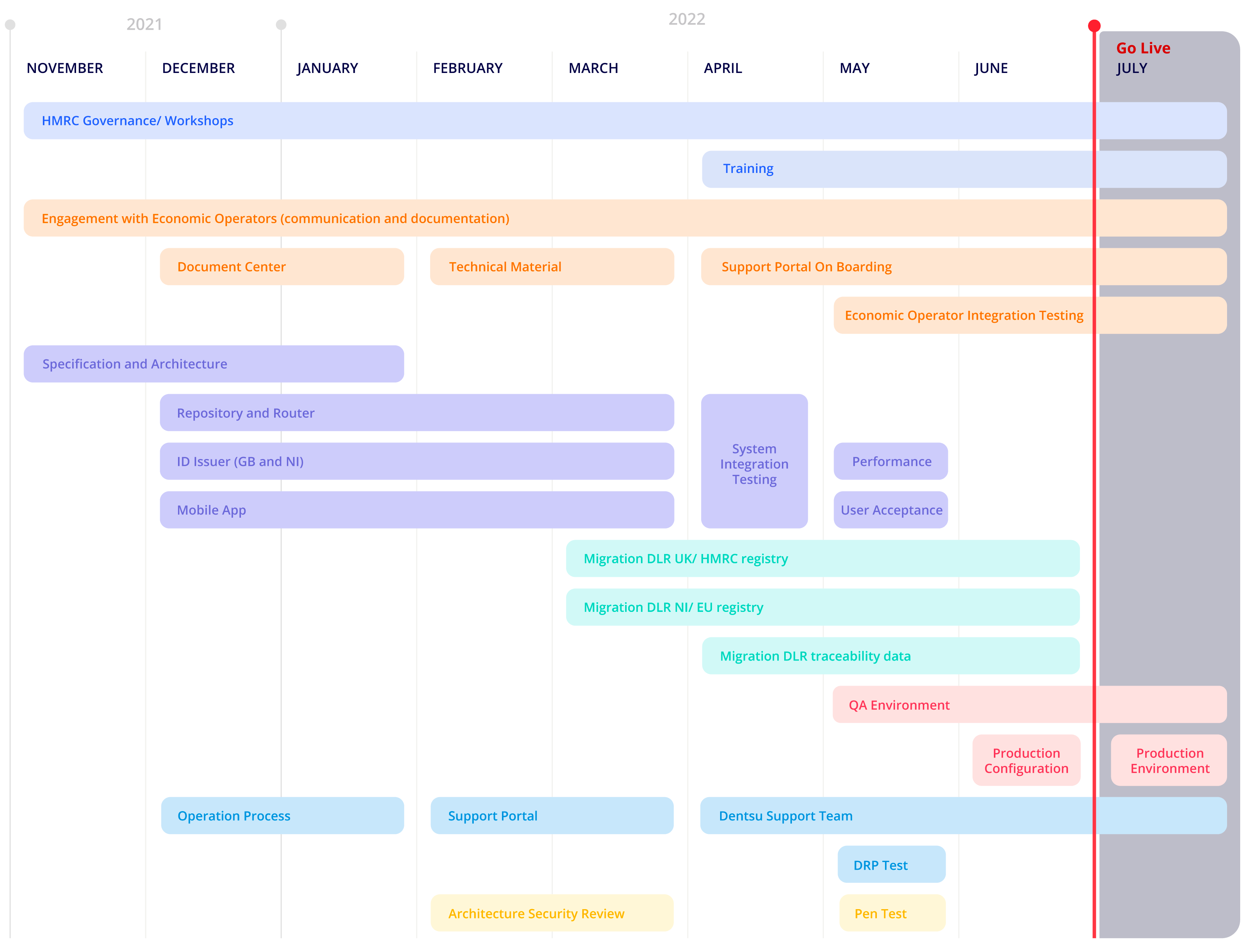 Stakeholder engagement and support are key aspects for Dentsu during the mobilisation phase, therefore sufficient time is provided for stakeholders to test and onboard to the new UK system platform.

Relevant dates that stakeholders may already consider include:

By clicking “Accept All Cookies”, you agree to the storing of cookies on your device to enhance site navigation, analyze site usage. However, you may visit "Cookie Settings" to provide a controlled consent.
Cookie SettingsReject AllAccept All
Manage consent

This website uses cookies to improve your experience while you navigate through the website. Out of these, the cookies that are categorized as necessary are stored on your browser as they are essential for the working of basic functionalities of the website. We also use third-party cookies that help us analyze and understand how you use this website. These cookies will be stored in your browser only with your consent. You also have the option to opt-out of these cookies. But opting out of some of these cookies may affect your browsing experience. Read More
Necessary Always Enabled
Necessary cookies are absolutely essential for the website to function properly. These cookies ensure basic functionalities and security features of the website, anonymously.
Functional
Functional cookies help to perform certain functionalities like sharing the content of the website on social media platforms, collect feedbacks, and other third-party features.
Performance
Performance cookies are used to understand and analyze the key performance indexes of the website which helps in delivering a better user experience for the visitors.
Analytics
Analytical cookies are used to understand how visitors interact with the website. These cookies help provide information on metrics the number of visitors, bounce rate, traffic source, etc.
Others
Other uncategorized cookies are those that are being analyzed and have not been classified into a category as yet.
SAVE & ACCEPT